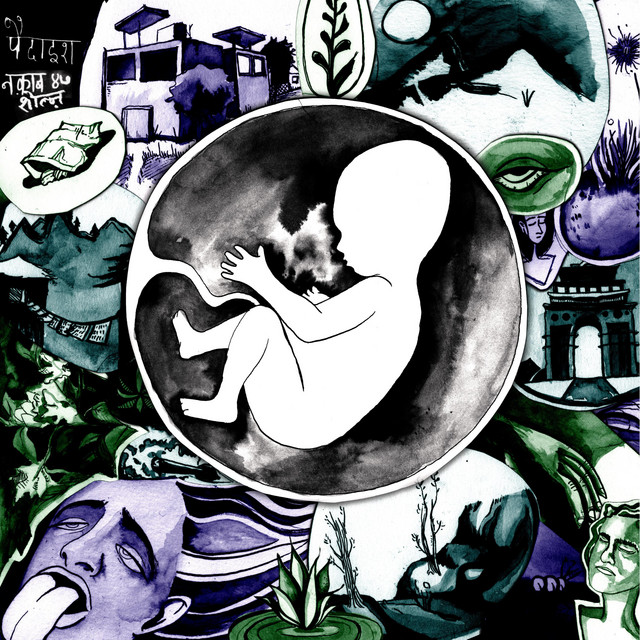 While 2019 continues to shape up as a stellar year for New Delhi-based indie electronica duo Shoals following the release of their debut album ‘Sour Ink‘, the talented outfit comprising childhood friends and multi-instrumentalists Utkarsh Varma and Sidharth Gupta has now teamed up with fellow MC Naqaab47 for their new collaborative EP, ‘Paidaish‘.

A ruthless, 3-track effort which stitches together a no-holds-barred and razor-sharp work from the two acts, the EP is brought to life by its previously released single ‘Chetavni‘ featuring Zap Singh where the two MCs announce themselves as explicable free thinkers and non-conformists. Accompanied by Shoals’ dark, yet booming instrumental which lays the groundwork for their explosive delivery, the action swiftly moves to ‘Dilli‘. Opening up with its whirring, wobbling tones, the proceedings quickly become brutish as Naqaab47 goes on to talk about finding himself and the unmissable mix of bliss and depravity which exists while growing up in the national capital. ‘Maqsad‘ brings the EP to a fitting close as striking words rally towards the bold reality of life while the underlying rage only goes on to double up as one of its strongest benefactors.

At the heart of it all, ‘Paidaish‘ puts forth a confident and asserting “coming of age story that explores the journey of giving birth to who you are“, as Naqaab47 says. And when his deadly precision and spontaneity gets coupled with the duo’s impressive production work which consistently offers a method to their madness, you’re ought to have something special in your hands.