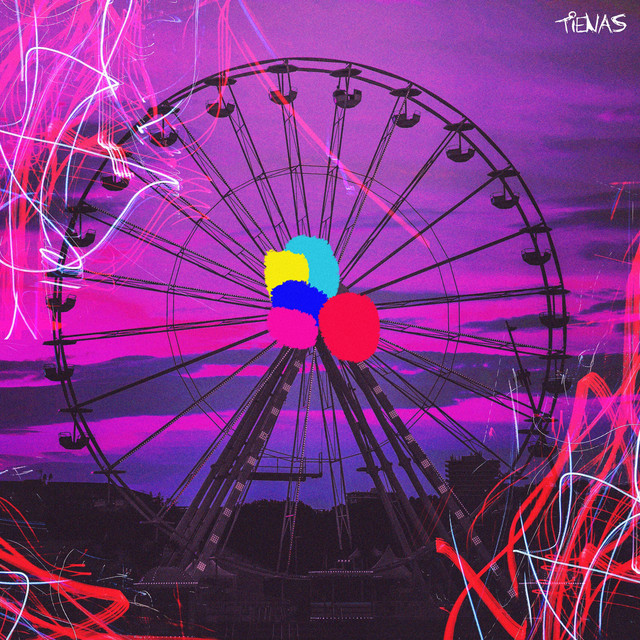 Mumbai-based rapper/producer Tienas has never been a part of the hip-hop queue which might have infamously emerged from the ‘gully‘. But his iconoclastic approach to the genre and his work, in particular, has provided him with a significant edge as compared to his modern-day contemporaries. And after the critical success of his 2018-released mixtape ‘Unavailable’, Bobby Boucher aka Tienas’ artistic evolution seems to have come full circle at last with the release of his highly anticipated debut album, ‘O‘. Released via Azadi Records, there’s a twinge of nostalgia which wraps itself around his first full length, while his radical ideas lead the way for the successful creation of each track on this ambitious body of work. And with the aura of a perfectionist that constantly drives forward his passion for hip-hop, there’s a lot in for the listeners to process on the young act’s latest LP.

The opening cut, ‘Cyclone‘ goes on to sample mystery artist Shiloh Dynasty‘s ‘Losing Interest‘ as Tienas and Prabh Deep lead the way with surgical precision for this somber effort before fading into the Xplicit-produced ‘Dangerous‘ which seems to strike a sweet deal between Tanmay’s experimental urge and its blushing melodies. Talking about love and the feeling of invincibility that comes with it, ‘Flowers From An Old Manor‘ arrives next with a notable feature from fellow FTS member Quest as it dials up the sentiment with the proceedings becoming blurry and melty. Accompanied by Tanmay’s impeccable hook which wraps up the short-lived moment, ‘Backseat‘ paints a sincere picture of Tienas despite being delivered with a sense of uncertainty. With each song getting cut off abruptly with no proper ending in sight, the rapper’s unorthodox move to use cassette stop sounds goes on to work in his favour.

With the brief, yet powerful burst of Tienas’ enigma courtesy ‘Nice Guy‘, New Delhi-based duo Seedhe Maut say hello to Bobby for their debut collaboration ‘Seedhe Maut Interlude‘ as Calm and Encore ABJ glide on top of a glimmering production work by the man himself, originally created back in 2015. On the Puru-produced cut ‘10-18‘, he lurks within the religious complexities as he draws from a Bible verse which talks about the Shepherd and the Sheeps and the wolf. A musical rebel who has never given into the genre conformation, Tienas puts up a boastful showcase of defiance with ‘Juju‘. Towards the latter half of ‘O‘, the Mumbai native goes on to craft some of the album’s strongest moments as ‘Die Romeo Die‘ witnesses the timely arrival of a Sez On The Beat production which mutates beneath Bobby’s emphatic raps who operates with enough firearms on this standout cut.

The descent towards a reflective passage begins with ‘Of Queens & Kings Approximately‘ as he brings his gentle voice into the frame with a richer result in store as its expansive production paves the way for Tienas’ singular heart-wrenching thought to exist upon. On the album’s penultimate effort ‘Lanos (Reprise)‘, he hands out a lyrical examination of love which feels deeply personal yet oddly simplistic. At the end of it all, ‘FTS Outro‘ snaps through various templates as Tienas brings over his beloved FTS crew for what feels like a crowning moment of Tanmay Saxena’s solo adventure. While listeners may look for a single narrative which stitches together Tienas’ debut body of work, his album simultaneously traverses through various lanes and sounds to chart a course towards the culmination of his stellar ideas and songcraft.

Listen to ‘O‘ below.