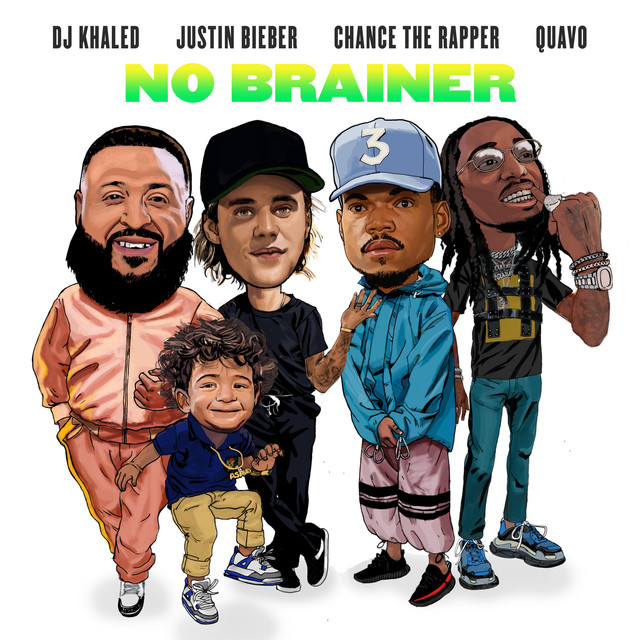 Earlier last year, superstar act DJ Khaled joined forces with Justin Bieber, Chance The Rapper, Quavo and Lil Wayne to earn his first #1 hit with ‘I’m The One‘. Fast forward to July 2018, and we have been treated to yet another star studded single courtesy the man himself which looks like his submission for this year’s song of the summer. Titled ‘No Brainer‘, the pop-meets-rap cut features the same lineup just like its predecessor but only misses out on a guest verse from Lil Wayne.

An upbeat original which sees the ‘Sorry‘ hitmaker anchor the proceedings from start to finish with a bubbling, yet catchy performance, Quavo and Chance’s contributions prove to be nothing but just fillers that don’t manage to live up to listeners’ expectations. Nonetheless, a solid radio-friendly tune which you’ll be hearing everywhere, ‘No Brainer‘ has been released along with a brand new music video.

Check out ‘No Brainer‘ below.