Above & Beyond – Common Ground [Album Review] 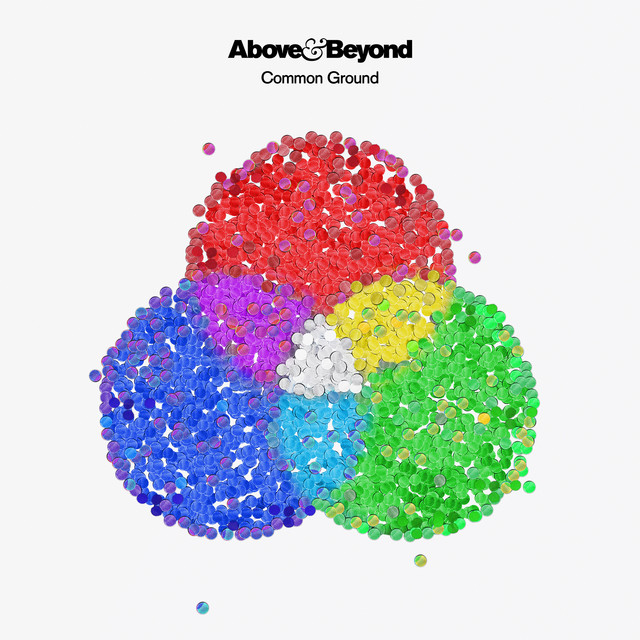 Above & Beyond have spent almost two decades within the electronic music industry now. Having tried to make the world a better place with their music, A&B’s globally loved discography has not only united people from around the world, but has also served as a beacon for how wonderful music can be and what it often means to people! 3 studio albums and 2 acoustic LPs later, the world’s favourite trance trio have now returned for one more outing. And a pretty daunting one indeed. On their latest album ‘Common Ground‘, Above & Beyond find themselves at home surrounded by their longtime fans and first time listeners alike.

Following up to the highly successful 2015-released ‘We Are All We Need’, the magic weaved by ‘Common Ground‘ is far and wide, but it makes sure to click at the right junctures. A 13-track body of work which sees A&B reunite with longtime collaborators Zoe Johnston, Richard Bedford and Justin Suissa, it also boasts of previously released singles ‘Tightrope’ with Marty Longstaff, ‘My Own Hymn’, ‘Northern Soul’ and ‘Always’.

Having remained one of the main flag bearers of trance music over the past decade, Above & Beyond’s latest album is a showcase of their artistic evolution which oozes passion and their undying love for the genre. With its atmospheric intro ‘The Inconsistency Principle’, the LP sets the balling rolling right from the get go. Swiftly channeling into ‘My Own Hymn’, a familiar sound greets listeners that has caressed them over the last decade. Accompanied by Zoe Johnston’s heartfelt vocals, next up is ‘Northern Soul’ with none other than Richard Bedford which once again proves to be an anthemic tune that many will be mighty pleased with.

While A&B are certainly no strangers when it comes to crafting catchy vocal hooks, ‘Naked’ with Justine Suissa sounds like one to take notice of. A definite crowd pleaser that is poised to become one of the more favoured live cuts from the album, ‘Sahara Love’ proves to be one of the brighter spots on the album, which is highlighted by a combined delivery of an adventurous production work courtesy the trio and Zoe’s striking vocal performance.

‘Happiness Amplified’ might have had all the right intentions, but its weak lyrical content lets it down by all means. Albeit a signature vocal effort from Richard Bedford himself, the proceedings move towards ‘Is It Love? (1001)’ which finds a surprising spot on ‘Common Ground’. While the instrumental has already become a solid club weapon for A&B over the past one year, the newly released vocal rendition seems to fit perfectly in their discography.

As we officially go past the half way mark of the album, ‘Cold Feet’ greets listeners with warmth, which is defined by Justine’s surreal voice. Making way for ‘Tightrope’, the gorgeous piece picks up right from where the previous track left off. A strong vocal number which also boasts of a scintillating bit of work from debut collaborator Marty Longstaff, the brilliant piece continues to remain in heavy rotation ever since its premiere at Ultra Miami last year.

Albeit a strong vocal effort from Justine Suissa on ‘Alright Now’, the uplifting effort fails to land a solid punch as compared to its stronger counterparts. As our journey on ‘Common Ground’ continues, ‘Bittersweet & Blue’ with Richard Bedford proves to be a strong progressive tune which makes up for a dance-friendly listening experience.

Let down by its weak lyrical content, the album enters the final quarter mile with the previously released ‘Always’. Teaming up with longtime collaborator Zoe Johnston, the collaborative piece is essentially, a beautiful piano driven ballad, featuring evocative vocals, and minimal synths and guitar, making it sound right out of an Above & Beyond Acoustic album. At the end of it all, the titular cut makes a breathtaking appearance whose cinematic sounds steadily take over as it guides listeners to a higher ground.

A compact and a truly breathtaking effort from Above & Beyond, ‘Common Ground’ boasts of everything many would have hoped for. But despite the presence of a handful of heartfelt creations, their latest album lacks a few tricks when it comes to offering listeners with a chance to embark on a memorable sonic journey alongside the trio. Having conquered the tests of time till now, Tony, Paavo, and Jono hold the key to carry forward the legacy of their beloved craft. And ‘Common Ground‘ is a body of work they can be very proud of.

Out now via Anjunabeats, you can grab your copy of ‘Common Ground’ here.