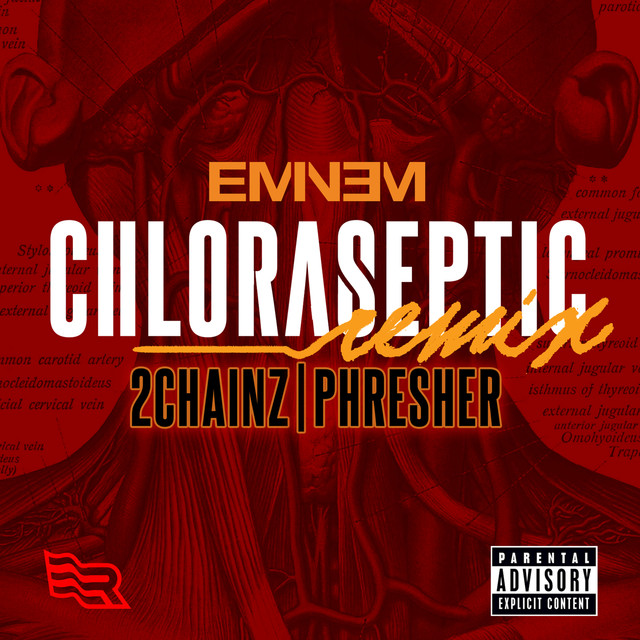 Rap legend Eminem returned to action towards the end of 2017 with his eighth studio album ‘Revival‘! And while the mammoth LP received mixed reviews from critics and fans alike, the Detroit-based MC has dished out a high octane remix of his album cut ‘Chloraseptic‘. Boasting of guest features from 2 Chainz and NYC-based rapper Phresher, the thumping new rework sees the three acts fire on all cylinders to throw down like only they can.

Jumping on top of the original’s production, the ‘Not Afraid‘ hitmaker goes after the haters and the criticism that followed soon after the release of his pop-leaning album. Showcasing his trademark flow and fiercely honest lyricism, Em raps “Not as raw as I was?/’Walk on Water’ sucked?/Bitch, suck my dick“. “Y’all saw the tracklist and had a fit/Before you heard it/So you formed your verdict/While you sat with your arms crossed/Did your little reaction videos and talked over songs.”

Listen to the stellar remix below.